Bollywood superstar Akshay Kumar began shooting for one of his keenly-awaited upcoming films ‘GOLD’  in Bradford, earlier this month. The actor will be playing a Bengali character in the film.

He was spotted shooting with his leading lady, Mouni Roy. Both will be seen in a retro look, as the makers try to capture the essence of the way life was in the 1940s.

It’s scheduled to release in theatres during the Independence Day weekend next year. 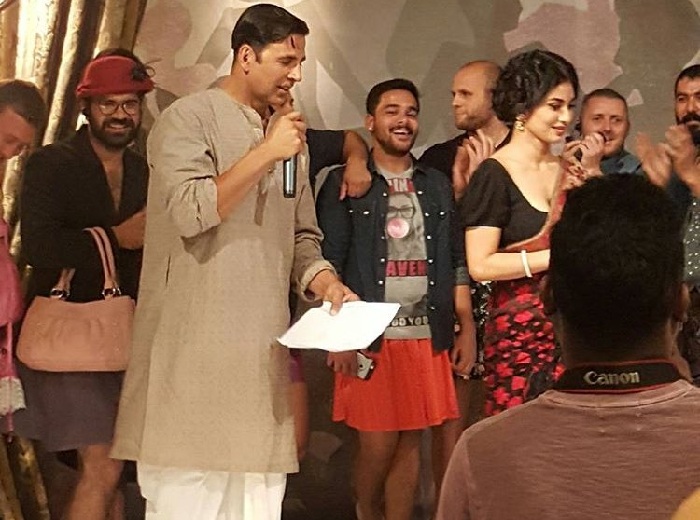 Akshay Kumar, Mouni Roy on the sets of Gold