Akshay Kumar, the Khiladi of Bollywood, has been featured on yet another magazine cover. The Masala magazine reveals Akshay’s scandal-filled past, his affairs and link-ups. It also features an exclusive on Rajnikanth’s new movie and how the superstar continues to perform age-defying stunts. 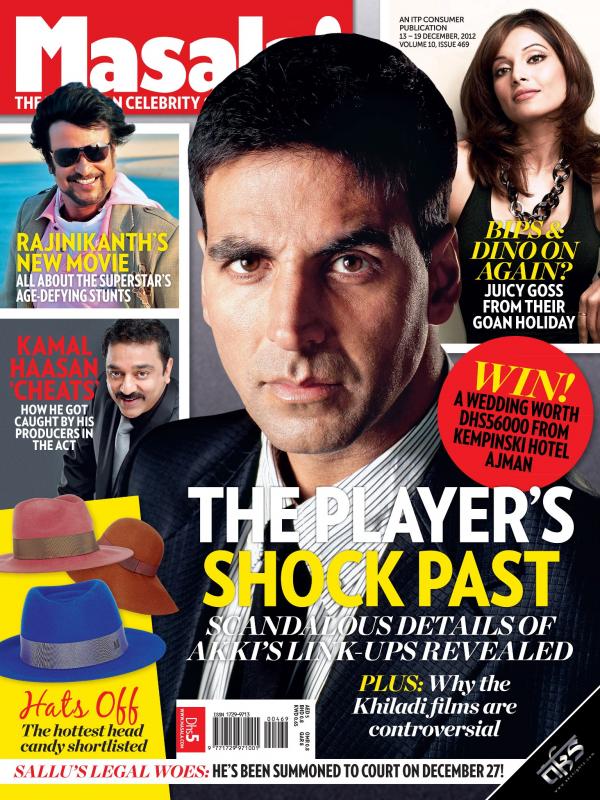