One of the most awaited films of the year is Akshay Kumar’s Rowdy Rathore, remake of a telugu film Vikramarkudu (2006). The beautiful Sonakshi Sinha is cast opposite Akshay.

The actor supposedly has a double role of twins- One of them being a small-time thief (rowdy) and the other an IPS officer. While Vikram is killed by a group of gangsters, his long lost twin Rowdy, steps into his role trying to solve the mystery of murder.

Apparently the film has also been made in Tamil, Malayalam and Kannada. Produced by Sanjay Leela Bhansali and Ronnie Screwvala, this action film is slated for release on 15 June.

The two pictures below depict Akshay’s dual role in the movie. Sonakshi is captured as well. Have a look! 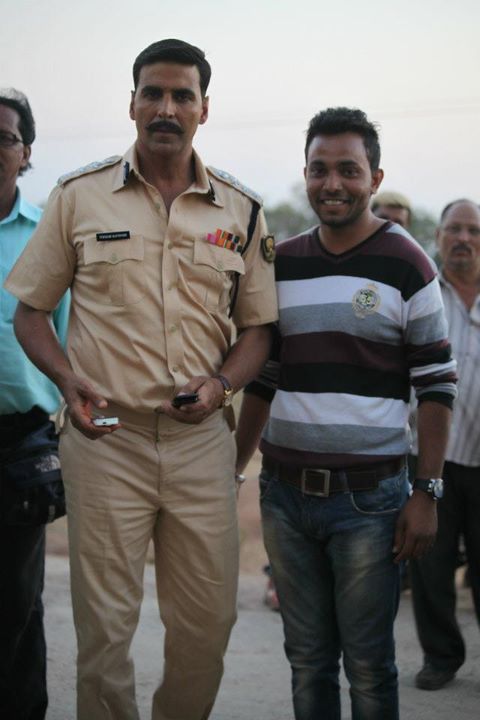 Akshay Kumar on the sets of Rowdy Rathore 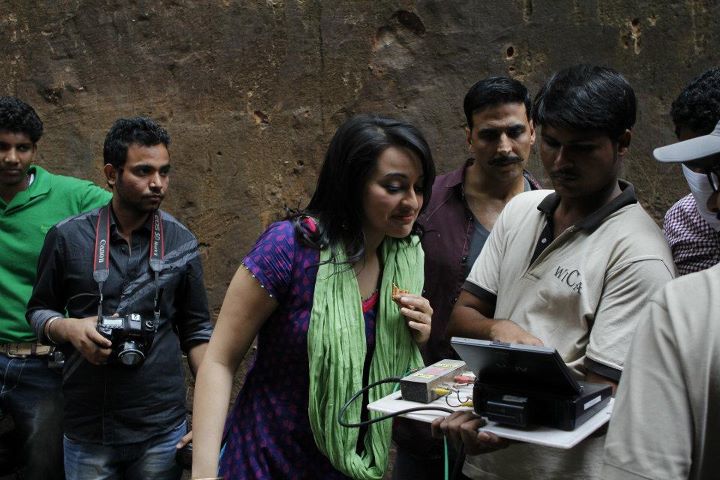 Sonakshi Sinha on the sets of Rowdy Rathore