After the theatrical trailer of Akira, which was unveiled at the very beginning of the month, the makers have released an action poster with Sonakshi Sinha refusing to forgive any goon that she comes across.

Akira is likely to be a typical South Indian action masala film, directed by A.R. Murugadoss. It’ll be Sonakshi’s comeback to the silver screen more than a year and half after ‘Tevar’ in January last year.

Akira releases in theatres on September 2. 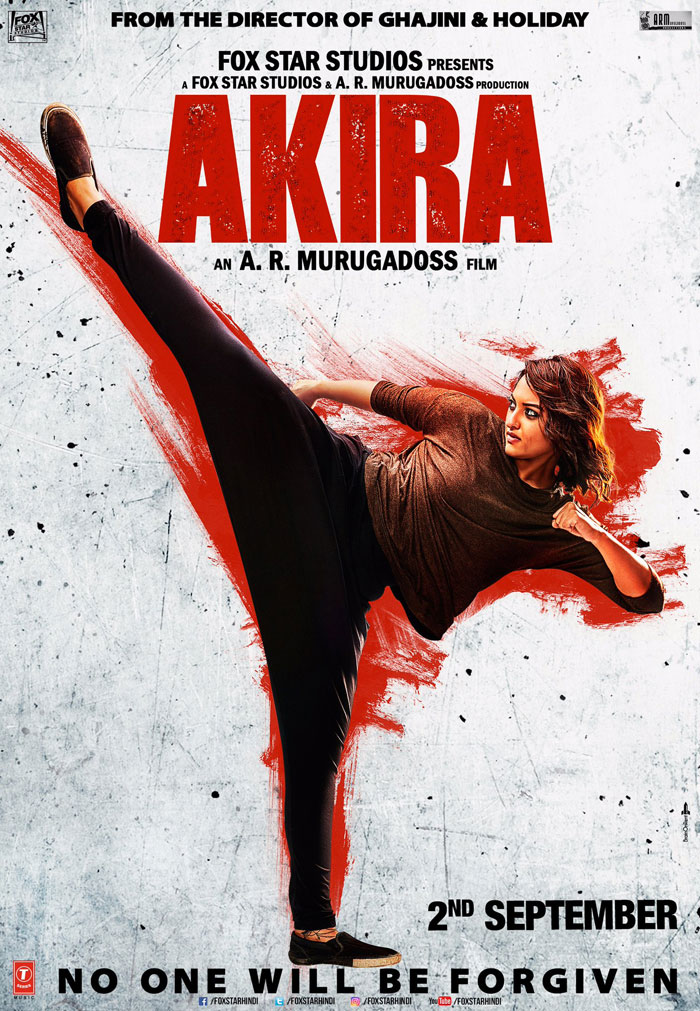