Aishwarya Rai Bachchan who gave birth to a baby girl, Aaradhya (name not confirmed yet) in November last year, had a day out with her mother to an award function.

The gorgeous actress was a part of the  L’Oreal Paris Femina Women Award, which is her first event post pregnancy. After receiving the award for ‘The Iconic Woman of Worth’ , Ash calls her mother Vrinda on stage and tells her that she is the most special person in her life. The actress herself honoured her mother with a special ‘She’s Worth it Award.

Buzz is that Aishwarya will also be visiting Dubai at the end of this month with her four month old daughter.

In the picture below Aishwarya is seen presenting the award to her mother. In a bright printed outfit she has tried her best to cover up her baby flab and looks pretty.  Also watch the video of the actress receiving the award. 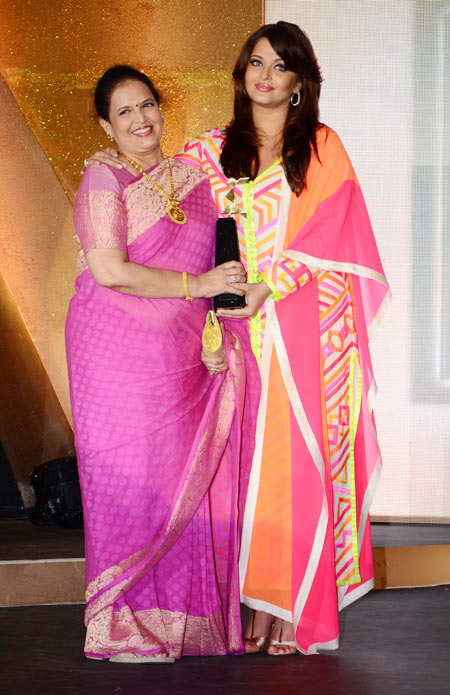