Aishwarya Rai Bachchan who has been a regular at the Cannes Film Festival (known as the Festival de Cannes) will be in France this year too.

Aishwarya was spotted with her daughter Aaradhya Bachchan at the Chhatrapati Shivaji International Airport in Mumbai. Dressed in black, the actress who was accompanied by her mother Vrindha, looked pretty.

We have four exclusive photos from the airport. Have a look.  Stay tuned to Indicine for all pictures of Aishwarya from Cannes! 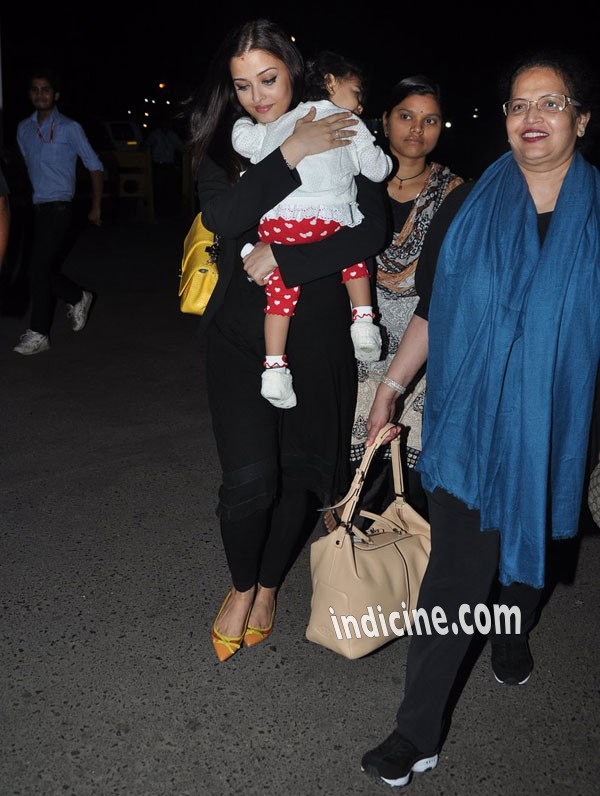 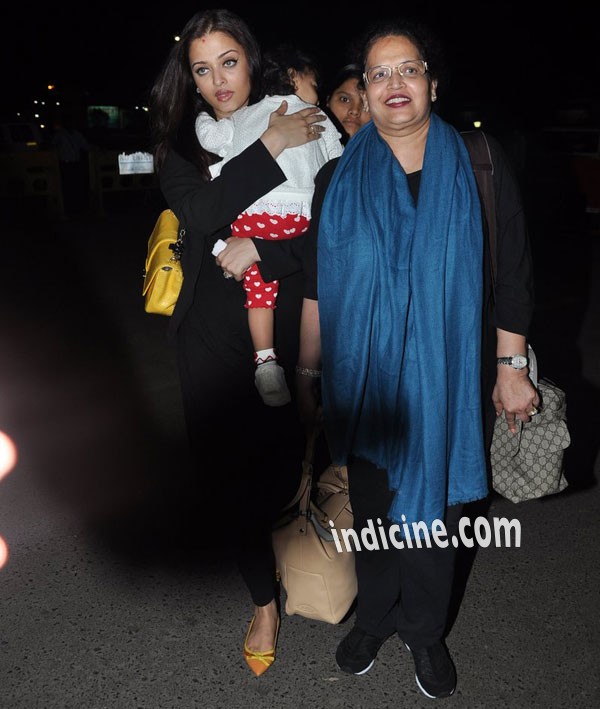 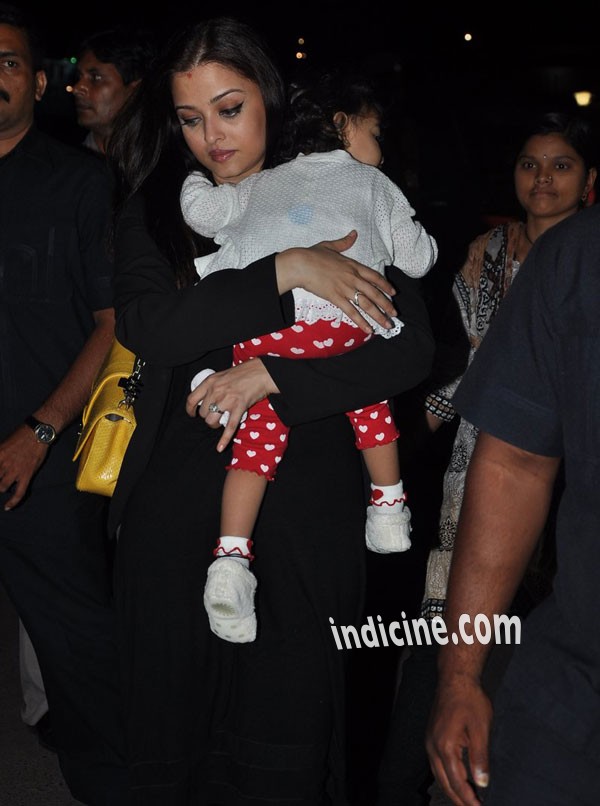 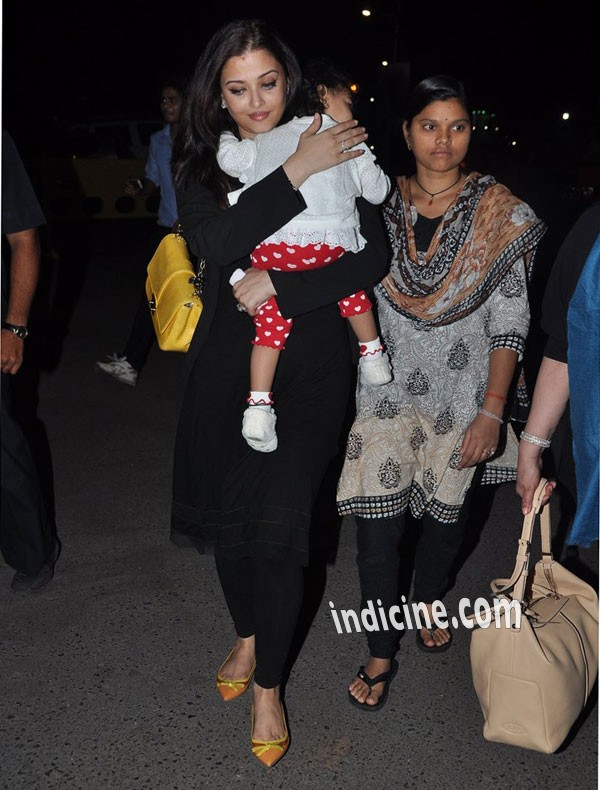