Abhishek Bachchan – the cool-daddy to Baby B – is featured on the cover of Filmfare for it’s January 2012 edition. Moving on to the next stage of life, the actor welcomes a new beginning this New Year.

Career-wise, 2011 has been a mixed year for Abhishek. He appeared in two films – ‘Game’ which also featured Kangana Ranaut and Sarah Jane was a disaster at the Box Office and Dum Maro Dum did average business.

He will be seen in Players this week, along with Bipasha Basu, Bobby Deol, Sonam Kapoor and Neil Nitin Mukesh. Perhaps his daughter can bring his some box-office luck?

Sporting jeans teamed up with a brown jacket and super cool spectacles, Abhishek Bachchan is posing in his usual ‘deep thinking’ expression on the cover. Check it out! 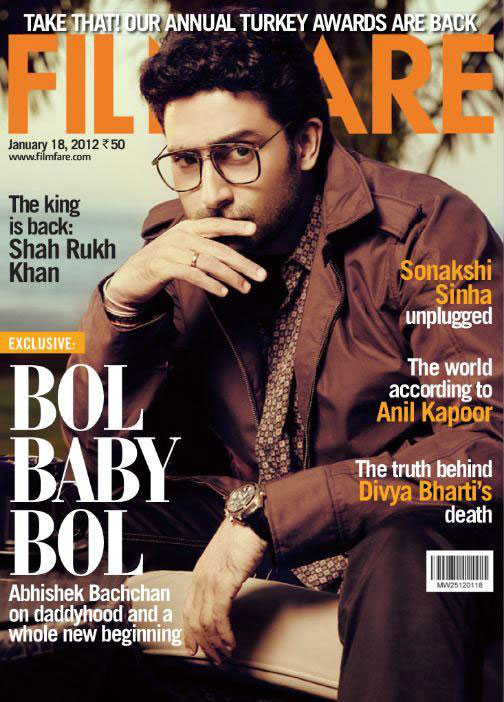