Aamir Khan will be playing an alien in Rajkumar Hirani’s PK. For some reason, his look (photo below) reminds us of Mogambo in Mr India.

In quite a few media meetings, the actor has said that PK is the toughest role of his actor. He had to chew paan and never blink while shooting.

“I have played many challenging roles, but this is the toughest of all.”

“In real life (eating) paan is not a habit, I have it once in a while but for this film I chew paan for every scene. I would at times eat about 100 paans in a day. We had a paanwala on the sets”

“There is a deep message in the film. The story has ras (juice); what we are saying is dramatic but it is told in a funny and humorous manner. But at this point of time I can’t tell you what is the message because then I will be like giving out the story” Aamir told reporters. 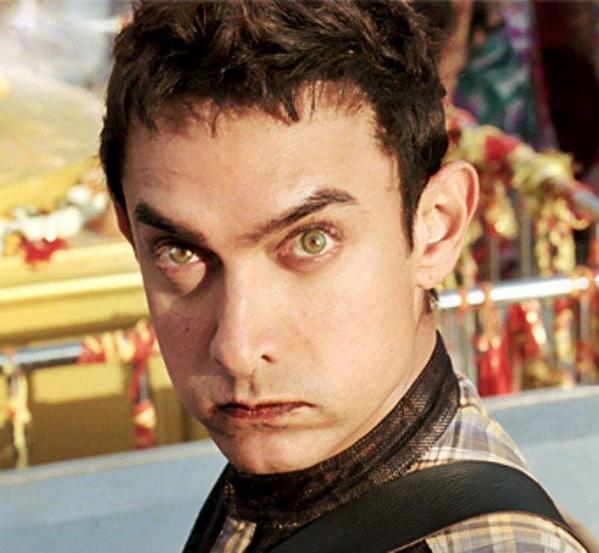