Bollywood superstar Aamir Khan was spotted in his ‘Dangal’ look at the airport in Mumbai on Saturday. The actor will be travelling to Ludhiana to shoot for his upcoming film ‘Dangal’.

The actor was spotted in his ‘pepper and salt’ look and almost slipped unrecognised at the airport.

Known for getting into the skin of the characters that he plays on-screen, Aamir has been working hard on ‘Dangal’. He has gained nearly 30 kilos of weight and has also personally picked the actors who will be sharing screen space with him in the film.

Directed by Nitesh Tiwari, ‘Dangal’ releases in theatres during Christmas next year. 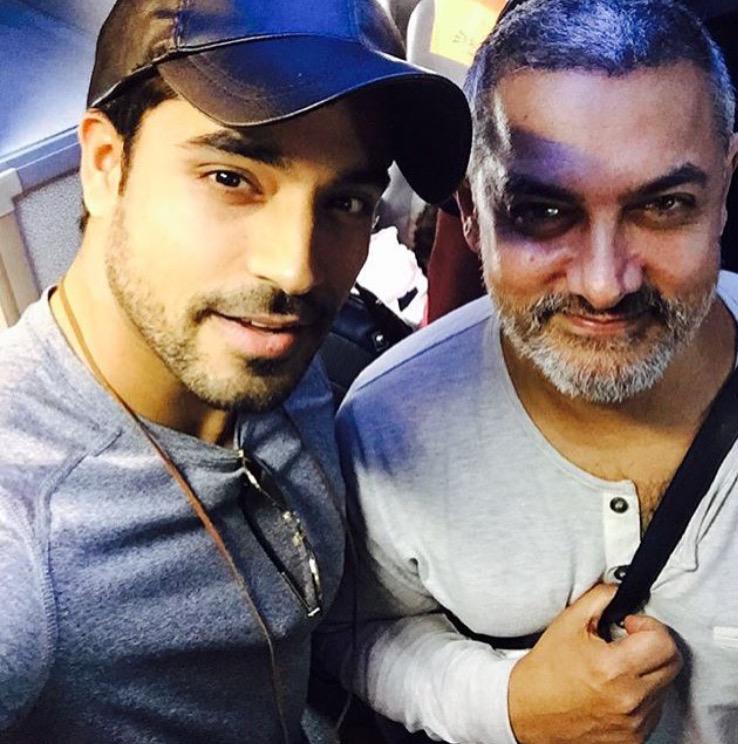 Aamir Khan in his Dangal look with Gautam Gulati