A new poster of PK has been released featuring both Aamir Khan and Sanjay Dutt (who plays Bhairo Singh). Dutt makes an extended special appearance in the film.

Dutt is also seen holding a big euphonium and wearing a Rajasthani outfit.

All scenes featuring Sanjay Dutt were shot before he was jailed in the 1993 Mumbai blasts case. 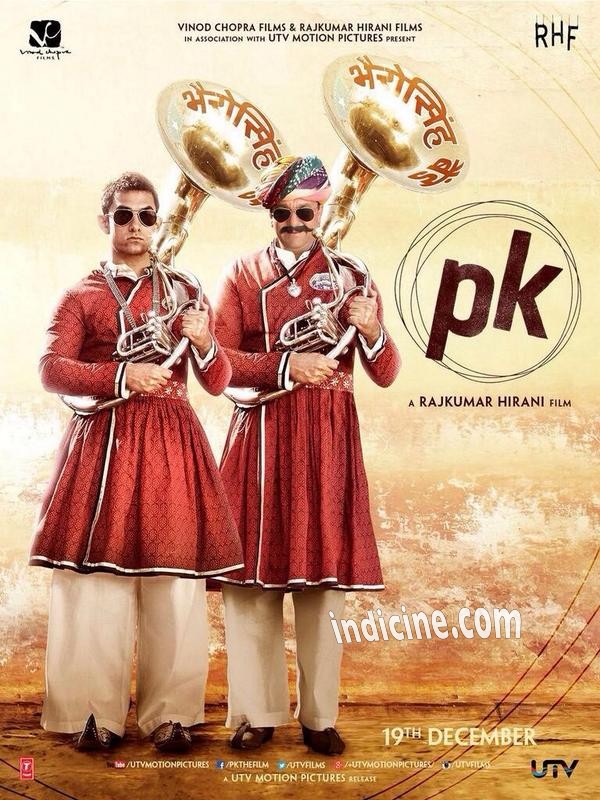