Rensil D’Silva’s Ungli oozes mixed vibes about it. On one hand it has been directed by the man who wrote the excellent and decade-defining film Rang De Basanti, and on the other hand it has been plagued by a delayed release, low buzz and an outdated feel to it notwithstanding the recent dance number by Shraddha Kapoor. Is Rensil able to redeem himself after Kurbaan? Let’s find out.

Story: Ungli is the story of 4 young people turned vigilantes called Abhay, Maya, Goti and Kali (Randeep Hooda, Kangna Ranaut, Neil Bhoopalam and Angad Bedi). When they see injustice around them, they cannot contain themselves and try to serve justice to the perpetrators in their own unique ways: making corrupt cops eat money. Literally. Their cases keep getting high profile and the government intervenes. ACP Kale is put in charge (Sanjay Dutt ironically playing a police officer). Kale forms his own team and enlists the help of his protege Nikhil (Emraan Hashmi) to infiltrate the gang. Nikhil succeeds and later realizes that he enjoys serving vigilante justice more than he hoped. 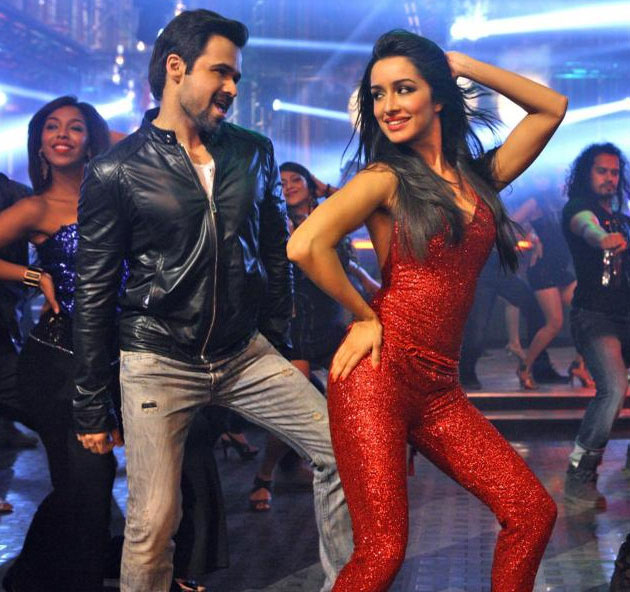 The screenplay of Ungli may be filled with glaring loopholes and the dialogues may seem out of place but Ungli is saved by its pace which doesn’t falter except on a few occasions. Rensil holds the film together throughout the duration and ends it well with a very good climax. However, the plot of Ungli had the potential for the film to be a cult classic and it falls way short of that. The film is a missed opportunity and is a year or two too late.

The technical aspects of Ungli are decent for its genre. The action scenes are slick, the cinematography maintains the edgy tone throughout. The costume design is also appropriate. The editing could have been a little sharper. The music of Ungli is good. The background score goes well with the film.

Ungli could have worked a lot better had the acting been up to the mark. Being an ensemble film, it was largely dependent on the cast and the chemistry between the actors. Emraan Hashmi plays the same old self-confident character that he plays in all his films and does a good enough job. Sanjay Dutt is good. Kangna Ranaut’s role is just too short and an actor of her caliber deserved a meatier role. Randeep Hooda goes through the motions. Angad Bedi and Neil Bhoopalam try their best but are unsurprisingly, not up to the mark. Neha Dhupia looks her part.

Conclusion: Ungli had a very appealing basic premise, but is bogged down by stupid sub-plots and illogical twists. The pace is good and the film keeps you hooked till the climatic high but this offer is only redeemable if you are patient enough to sit through the first hour.

At the box office, Ungli has taken a poor start. Even lower than the other release ‘Zid’ at places. Emraan’s last few films have had very limited appeal towards his audience, especially those at mass-centres. The fact that he returns to the Bhatt camp with ‘Mr X’ is good news!