There have been number of successful director-actor pairs in Bollywood .

Some prominent ones, just to name a few, are as mentioned below

But the success achieved by the legendary pair of David Dhawan – Govinda is truly remarkable in terms of number of movies and the time-period between them.

Typical Dhawan-Govinda movies became a permanent mantra of success in the 90s. Simple funny stories combined with some desi latka jhatka sequences and the right dose of action and romance became the best source of entertainment. The duo worked together in 17 films out of which 11 are major hits, a staggering feat to say the least.

Most of these movies were remakes of South-Indian or Hollywood movies and also had scenes lifted from the Mr. Bean series. Some brilliant character actors who were a regular part of this team were Karisma Kapoor, Kader Khan and Satish Kaushik. Music director Anand Milind, writer Rumy Jaffery and producer Vashu Bhagnani played a major role in their success too. Today, we miss these funny time-pass comedy flicks. 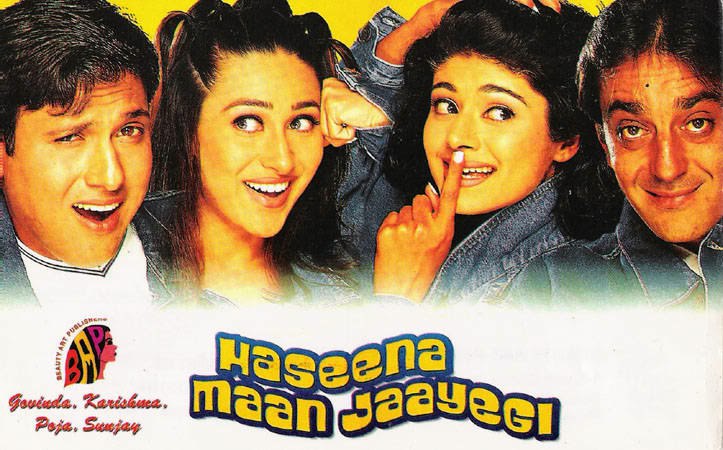 Below mentioned is my list of Top 10 movies of this legendary pair all of which have been seen multiple times by the audience in 90s.

So guys, this was my list of Top 10 movies of Govinda and David Dhawan. Do tell me how you liked the article and any movie which I should have included or excluded from the list. One noteworthy mention is Jodi No.1 which I could not include, even though I loved the film.

What are your favorite Govinda and David Dhawan films? Tell us in the comments section below.