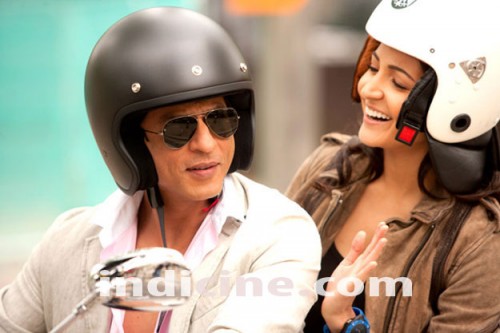 The trailer of Shahrukh Khan and Katrina Kaif’s next, directed by Yash Chopra, is likely to release with Ek Tha Tiger tomorrow.

Says a source close to Yashraj Films “The teaser of Yashji’s next will be attached to the prints of Ek Tha Tiger. About the title of the film, it’s a secret. Yashji has finalised the title, but not many are aware of it”

So, it’s more or less confirmed that the preview teaser will be released tomorrow. We wouldn’t be surprised if the title is ‘not’ revealed though.