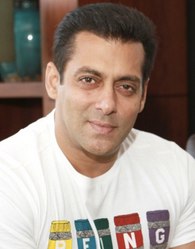 Bollywood superstar Salman Khan, through his NGO Being Human, is going out of his way to supply drinking water to Maharashtra’s drought-hit Marathwada region which covers 8 districts Aurangabad, Nanded, Osmanabad, Latur, Beed, Jalna, Parbhani and Hingoli.

Salman has taken the responsibility upon himself to supply 2500 water tankers to several towns and villagers in the region, that are reeling under the worst drought to ever hit the state.

While Salman refused to comment, his father Salim Khan told Hindustan Times “There’s nothing to publicly talk about something like this. Helping out people in need has been an inherent trait in the family for years now. It gives me immense pleasure that my children have inherited this good characteristic too. Being Human’s initiative is a good thing.”