In yet another uniquely different marketing technique, Dharma Productions has released two new posters of ‘Ungli’ during the State Elections of Maharashtra.

The posters encourages people to go out and cast their vote. The makers went out on to the streets of Mumbai distributing pamphlets that urged people to vote. 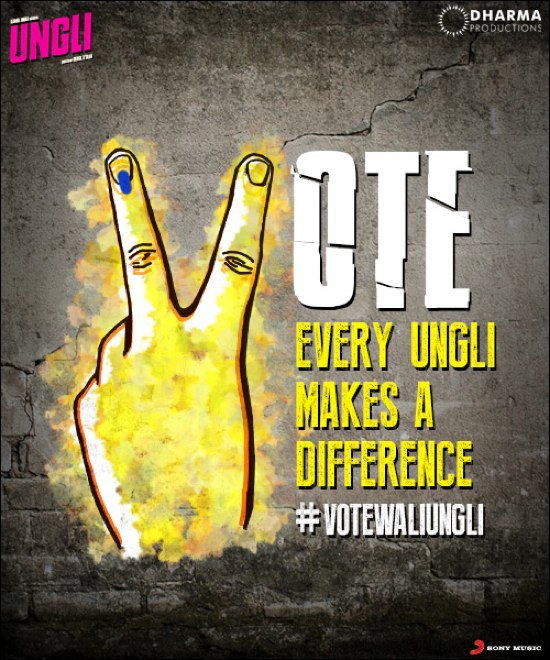 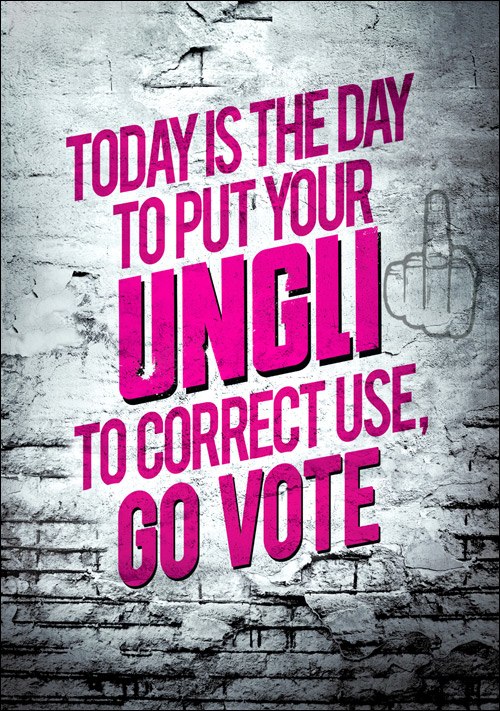 Use Ungli to Vote