OK Jaanu is the official remake of the 2015 Mani Ratnam film ‘O Kadhal Kanmani’. Shaad Ali has again resorted to his mentor’s story to make a mark in the Hindi Film Industry. Will he be successful like he was when he remade ‘Saathiyaa’? Aditya Roy Kapur and Shraddha Kapoor are back as an on-screen pair again after the humungous success of ‘Aashiqui 2’. If it was the 90s they would have done 10 movies together after the musical blockbuster. So, is OK Jaanu an OK effort?

Story: Adi (Aditya) and Tara (Shraddha) are attracted to each other when they meet at a wedding. Since they do not believe in marriage, they decide to live together. These two young lovers are compatible in every way – they even agree that marriage is futile. However, their emotions are not so easily managed, especially when they witness the unconditional love of the older couple (Naseeruddin Shah and Leela Samson) with whom they live.

Mani Ratnam made a polarising film which was liked by a section of the audience. But Shaad’s film will find it difficult to appeal to any section because OK Jaanu comes across as a very confused film from the get go. It takes ages to get to its point and keeps repeating the same storyline over and over again. On the surface, the two lead characters progress very minimally in their attitude and thinking. Even a short film would have been too long to show their progression. However, it’s good to see that a movie made on such progressive ideas was made and released on such a big scale. 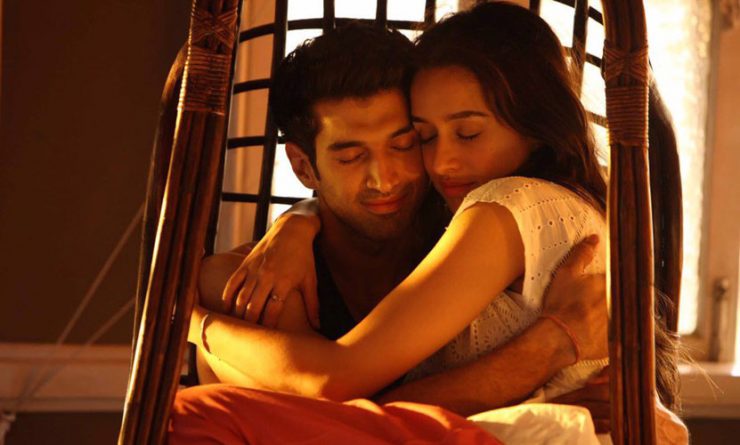 OK Jaanu retains most of the technical finesse of the original film and it has some very cool shot-taking. The cinematography feels modern. The production design is creatively done giving the film an unique edge. The editing is decent as the film doesn’t suffer from a duration problem. Music by A.R Rahman turns out to be the saving grace of OK Jaanu as the songs make the movie watchable. Enna Sona, Kara Fankara and the title song are all riveting in their own right. The Humma Song is also in the soundtrack, and it has become a huge chartbuster already.

Acting: The type of chemistry which Aditya and Shraddha shared in Aashiqui 2 hasn’t completely vanished here but they don’t have a lot to do story-wise in OK Jaanu. Aditya is good and portrays his character of a techie who likes the girl endearingly. He’s getting better with every film. Shraddha Kapoor needs to reinvent her acting skills and work on her bank of expressions more as a sense of sameness is creeping up in her roles. The sameness can be managed with great scripts but in movies like OK Jaanu, her limited acting skills are laid bare. Naseeruddin Shah overacts in his role even though it was nice to see him doing a movie after so long. Leela Samson reprises her role from the original movie and she’s fine.

Conclusion: OK Jaanu doesn’t offer anything new. In fact it repeats a lot of negative traits from previous unsatisfying movies like frustrating character traits, going round in circles around the same plotline and underutilized supporting characters. It is not very entertaining and AR Rahman’s music makes it somewhat watchable. It would be wrong to say that OK Jaanu is a waste of potential because not a lot could have been done with the basic story. Shaad Ali disappoints once again as this time even a remake of his mentor’s film can’t save his movie. OK Jaanu eventually finds it difficult to be called even an OK film.