On his 49th birthday, Bollywood superstar Shahrukh Khan has expressed his desire to work in the most popular franchise in Bollywood – Dhoom!

When a journalist asked SRK if he would be interested in doing the next Dhoom film, Khan said “I am doing a film with Yash Raj and that’s ‘Fan’. If I get an opportunity, I would love to do it. I find it very cool.”

SRK was quick to add that Aditya Chopra, the producer of Dhoom films, is yet to approach him.

Dhoom is one of the most successful series in Bollywood. The first part in the series, released in 2004, did well at the box office. The second, featuring Hrithik Roshan, went on to be the highest grossing film in India and the third instalment starring Aamir Khan remains the biggest grosser in India and overseas.

With the cast of the film getting bigger with each new instalment, it’s safe to assume that it would either be Salman Khan or Shahrukh Khan headlining the next film in the franchise. Akshay Kumar would be a great choice too! 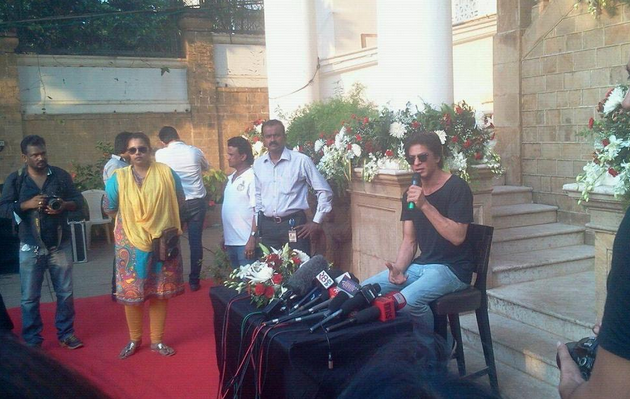 Shahrukh Khan during his birthday press meet at Mannat