‘Dear Zindagi’ is Gauri Shinde’s second directorial venture after the much-acclaimed Sridevi starrer ‘English Vinglish’. The slice of life film stars Alia Bhatt in the lead, supported by Shah Rukh Khan, Kunal Kapoor and Ali Zafar. The movie grabbed eye balls owing to the innovative promotional strategy, what with the makers releasing four teasers (no trailer) to give the audience an essence on what the film is all about. Does ‘Dear Zindagi’ live upto expectations? Let’s find out:

Like most youth slice-of-life films, ‘Dear Zindagi’ too is about a confused young teenager. The one-line idea revolves around a psychiatrist aka Dr. Jehangir Khan (Shah Rukh Khan) helping Kiara (Alia Bhatt) to stand tall against all the internal conflicts in her life. 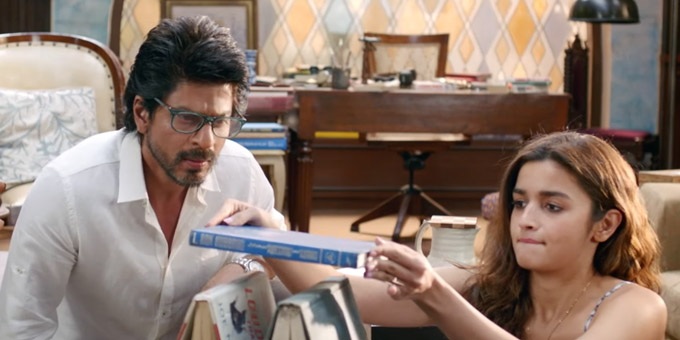 Review: There are two major issues with ‘Dear Zindagi’. The film is too lengthy for its genre and the presentation fails to establish an emotional connect with Alia’s character. You don’t feel the pain that Kiara (Alia’s character) is going through in her personal life because the screenplay is all over the place and her character is poorly written. After a confident debut, Gauri Shinde’s direction is as confused as the lead character of her film. She tries to explore the various facets of today’s youth, but fails in both.

‘Dear Zindagi’ does have some brilliantly executed sequences which include Alia’s first interaction with Shah Rukh Khan, her emotional break-down at a family dinner recalling her disturbed childhood. A few life lessons (Don’t let your past blackmail your present to ruin your beautiful future) are worth pondering over. Unfortunately, such moments are few and far in between. After a point, the film gets too preachy and tries too hard to establish the phrase ‘life is all about living those small moments’.

In terms of performances, inspite a limited screen-time, Shah Rukh Khan delivers the most likeable performance in the film. He is phenomenal as Kiara’s life mentor and slips into the character with utmost ease and conviction. He lights up the screen with his charisma and screen-presence. SRK is a casting masterstroke in a film like ‘Dear Zindagi’. Alia Bhatt is brilliant in her emotional sequences and stands tall in her scenes with SRK. That apart, there is a bit of ‘Highway’ hangover in some of her scenes. Kunal Kapoor and Ali Zafar don’t get enough scope to perform, but they do well.

Overall, Dear Zindagi suffers because of the script and fails in an attempt to narrate ‘The Same Old Story’ in a rather ‘Hatke’ manner. The film has nothing novel to offer apart from a few life lessons by SRK.