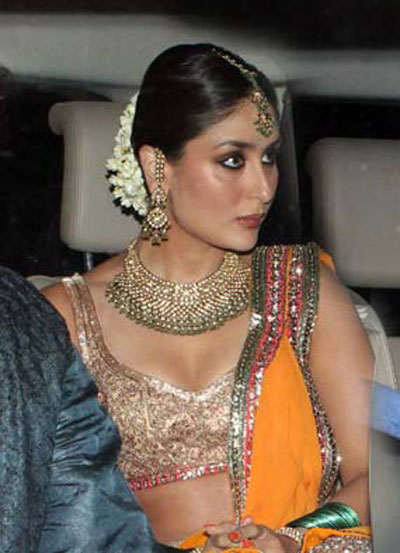 Kareena Kapoor, who wed Saif Ali Khan last year, says being married is not a crime for an actress. She believes personal and professional aspects of life must not be mixed.

“If a girl loves someone or gets married, it doesn’t mean that people will not love her or her character on-screen. These (films and marriage) are two different aspects and we should not try and club them. Anyways, falling in love or getting married is not a crime,” the 32-year-old said here Tuesday on the opening day of FICCI FRAMES 2013.

Kareena was here to light the ceremonial lamp for the three-day event.

She even cited examples of yesteryears’ actresses, who went on to do films even after marriage.

“I think people are talking about it more (now). Earlier also, be it Waheedaji (Rehman) or Sharmilaji (Tagore), they were all married and they all acted in films like ‘Daag’, ‘Amar Prem’ and ‘Guide’. It has been happening (ever since),” Kareena said.