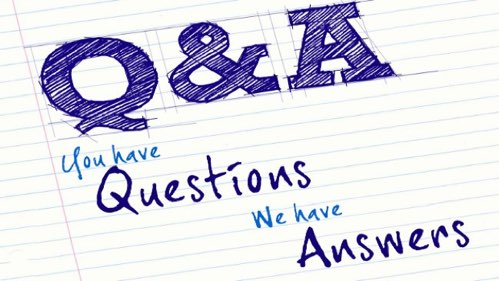 A. Highly unlikely. The trend is fairly good, but for a film to do 300 crore plus business, PRDP had to show growth on Saturday and big jump on Sunday. Both are missing as Sunday business is likely to come in the 33 crore range. Like we mentioned in our box office report yesterday, multiplex business in a few circuits have shown significant drops on Day 2 and Day 3. A realistic target for PRDP from here on, would be lifetime business of 250 crore.

A. About 7 on 10. Positives: Good music, action, SRK – Kajol pairing will be liked. Negatives: Confusing storyline, forced action / emotions, more of comedy would have been better. A tad bit underwhelming, expected a better trailer. The fact that they worked under a very tight schedule is a worry, hope the compromise hasn’t come in the form of content.

Q. Any news on Bajirao Mastani’s screen count? Will it get a fair release? – Navin

A. Both films won’t be getting a fair release. With a solo release, a big film like Dilwale would have been targeting a 4500 screen release, while Bajirao Mastani would have probably released on 3000 screens in India. Outside Mumbai circuit, Bajirao Mastani is unlikely to hold much appeal at single-screen theatres, so Dilwale will get a much bigger release at single screens in mass centres. The single-screen vs multiplex ratio for films like Bajirao Mastani is 80-85 : 15-20, i.e almost 80-85% of business is expected to come from multiplexes and it’s here where the film might suffer.

With a solo release, it would probably get around 9-10 shows at a 3-screen multiplex, but because of Dilwale releasing on the same day, the number of shows could be down to 5-6, which is a loss of 40% in terms of show count. The added disadvantage is people who want to watch Dilwale first, may not want to spend on Bajirao Mastani even if it gets good reports. Very few people can afford to watch two films in the same week and that’ll be the biggest challenge for the Sanjay Leela Bhansali directed film. So more than a fair release, for Bajirao Mastani to recover its high costs, it has to have good content and hope Dilwale doesn’t entertain the audience like Chennai Express and Om Shanti Om did.

Q. What do you think, who are the five superstars in future? – Vicky

A. Such questions are impossible to answer. When Salman was going through his lowest phase in his career in the last decade, no one could have ever imagined that he would deliver seven blockbusters and nine back-to-back 100 crore grossers. When Ranbir’s Yeh Jawaani Hai Deewani opened to record non-holiday numbers and went on to collect nearly 190 crore at the domestic box office, he was expected to take on the Khans in 2-3 years. Things change quickly. One big grosser, followed by a couple of good films that do well commercially, can make a star into a superstar. We firmly believe, Ranbir is the star of the future. He has the acting talent and charisma to appeal to the multiplex audience. The middle class and the youth are his audience, he’ll come back strongly. Varun Dhawan has the potential to be a massy-hero and so does Ranveer Singh. We like to be brutally honest in our QnA sessions, so no, we do not see much long-term potential in actors like Arjun Kapoor and Sidharth Malhotra. Sushant Singh Rajput has the talent and can be a dependable star in the future. Shahid Kapoor has disappointed time and again, the potential has always been there, but time is running out for him.

A. Like collections, it’s difficult to track the exact screen count too. The theatre count is always more accurate than the screen count – which has now become nothing more than an advertising number, which is used to create hype around a film. To give you an example, if one multiplex theatre in Nagpur has 3 screens and Prem Ratan Dhan Payo has shows scheduled on all those screens, then the screen count would be 3 and theatre count would be one. So it’s difficult to calculate the actual number. Producers usually have the more accurate number, but they can inflate to create perception of a wider/ widest release.

Q. Films like Hum Aapke Hai Kaun & Hum Saath Saath Hai took some weeks to sustain do well at box office.. Do you think the same would repeat with PRDP as it comes from the same genre? – Darshi

A. Film business has undergone a huge change since the mid and late 90s. During those days, most films would initially get a limited release and then depending on demand, prints would be increased gradually. Major blockbusters would be running in theatres for years, not months. Nowadays, initial release itself is so huge that 75-80% of business is generated in the first week itself. Most films do not even stay in theatres after Week 2. Hum Aapke Hain Kaun released on 30 prints in Week 1 and collected less than 1 crore in the first week. It went on to collect nearly 80 times its first week business. Kuch Kuch Hota Hai did nearly 10 times its first week business and was running full house non-stop for 3-4 weeks – all shows, all days, from morning to night were houseful. It doesn’t make any sense to compare the trends of films from the 90s to films that release now.

Q. Diwali was once considered to be the best holiday period for hindi movies. But reading yours and some other sites articles(calling only 1 day as major holiday and other as non hoiday days during diwali period), one gets the feeling that Diwali is just like independence/republic holiday weekend for movies. So is this holiday period now less lucrative for movies compared to say 10 yrs ago? Also does the clash between movies (ADHM and Shivaay) next Diwali becomes more risky for both movies as there is just one major holiday in Diwali. – Amit

A. There is just one major holiday for Eid, Diwali and Christmas. So it all depends on whether other holidays coincide with them. In 2012, Ek Tha Tiger benefitted from both the Eid holiday and the other major holiday for Independence Day, making it one of the best periods to release a film. Christmas releases have two major advantages, that Diwali and Eid don’t. One, there is a holiday for New Year. Several schools and office remain shut for the entire Christmas to New Year week. Secondly, big films don’t release in the first week of January because it’s historically considered to be a unlucky period to release films. So Christmas releases get 2 open weeks at the box office, plus four major holidays including Sunday. In 2013 and 2014, with Dhoom 3 and PK, Aamir Khan decided to release his film a week before Christmas, giving him 3 open weeks at the box office. It may not work for every film, because if the content isn’t good, films can’t sustain long enough to take advantage of Christmas and New Year. But if the word-of-mouth is strong, films can prove to be unstoppable. We think, the period of release was the reason why Bajrangi Bhaijaan couldn’t beat PK at the domestic box office. So yes, Diwali is comparatively a weaker holiday as compared to Christmas and even Eid. Too early to talk about Ae Dil Hai Mushkil and Shivaay clash. There is always a huge amount of risk when two films clash, one film can get wiped out completely.

Q. What are trade expectations from Munna Bhai 3 if the film carries word-of-mouth like Lage Raho Munna Bhai? – gj007

A. The Munnabhai franchise is huge, probably as big as the ‘Dhoom’ series of films. The last film released in 2006 and the next is likely to release late 2017 / 2018 – i.e two to three years from now. So it’s too early to take about numbers that we can expect from Munnabhai. The highest grosser till July 2013 was Rs 202 crore. Now, we already have two films that have nearly done 350 crore business. In two years from now, films could be doing 400 – 450 crore at the box office. If Munnabhai 3 is as good as the first two films, it has every chance of becoming the highest or one of the highest grossers of all time. Hirani starts shooting for ‘Sanjay Dutt biopic’ followed by Munnabhai.

A. We have been talking about Akshay Kumar delivering a 200 crore film from ‘Once Upon A Time In Mumbaai Dobaara’. So the question will be if a big film starring Akshay Kumar will have good content and find appreciation among the audience. Housefull 3 could well be that film. It will take a big opening, but 200 crore will depend on content.

Q. How much can Dilwale collect in opening weekend, if word-of-mouth is like Chennai Express?

A. Chennai Express collected Rs 93.68 crore in its first three days, without including business from paid previews. Dilwale will find it difficult to match those numbers, unless Bajirao Mastani is a washout like Saawariya. With a clash, a 30 crore plus figure during a normal weekend is VERY difficult. Remember, Dilwale is not getting a holiday release like Chennai Express. It’s a normal weekend for the film. Without any competition last year, PK collected Rs 95.21 in three days. Dilwale could well be 15-30% below that figure – depending on various factors.

Q. For how many years will the Khans continue to dominate the film industry?

A. For as long as their films work at the box office. Or when serious competition begins to challenge their supremacy by releasing their films during Eid, Diwali or Christmas. After that comes the mammoth task of beating the collections their films. There is no competition in sight currently. Khans are playing the game well, taking the major weekends, promoting each others films, doing commercial entertainers and staying in the news. They have that kind of aura in the industry and fan-following among the masses and classes.